On The Miseducation Of American Children

[NOTE: I haven’t written on Blognostra for a while, ’cause I’ve been way busy!!! Lots of stuff happening in too many areas of my life all at once … and most of my time communication has been on Facebook. One of the threads there has been about the miseducation of children, which I’ve long been ranting about (see my TedX talks on YouTube for instance). But, I wanted to continue that conversation, and in the service of that intention here’s a short snippet from my book “Experiencing The Hero’s Journey: Foolish Wisdom Book One, An Apprentice Of Wonder” … ENJOY!]

“Many young men started down a false path to their true destiny.
Time and fortune usually set them aright.” 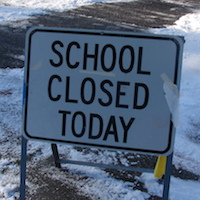 I was prone to daydreaming or doing something other than paying attention to the teacher when I got bored in class. When some of my teachers noticed me not paying attention they seemed to take a certain pleasure in calling on me so I would stumble over the question they asked. If I happened to catch the question and answer correctly when they had caught me daydreaming it just seemed to frustrate them. Either way I would be punished. I probably spent a ratio of about one hour in detention to every four or five days I spent in class in elementary school.

Following the rules was worse for me, as I thought many of them were ridiculous, even as a child. “Why do I have to draw within the lines?” … “Why do the hearts on the Valentine’s Days’ cards have to be red??” … and, “Why can’t I glue the blocks together to make the tower taller???” These were just some of things I purposefully did (or did not) that that got me in trouble in school as early as in Kindergarten, and caused me to have to ask these kinds of questions of my teacher.

In every year of my elementary education two things were true because I was not so “good” at following the rules, 1) my mother met every teacher I had from Kindergarten to Eighth Grade, often with the school principal in attendance, for a “Parent-Teacher Conference” about their wanton child’s behavior in class (or out of it), and 2) every year I was evaluated by the school psychologist. Depending on the demeanor of the psychologist who was doing the evaluating that year they either threw me out of the evaluation in frustration, or threw me out of it laughing. Neither of these results left my parents laughing however.

Over time I learned I had to “prove myself” – which in translation I now know means I had to justify my existence to those in authority because I had been deemed a “trouble maker” and “trouble makers are no good.” The message I got was that as far as the school system was concerned I was “no good.” My saving grace was that I was a “good student” meaning I got good grades despite my “poor” behavior. I also got along well with everyone and had a lot of friends, including all the really smart kids and the worst troublemakers. For my teachers this was disturbing, because it meant I could not be all bad … and they did not really have a category that made dealing with me easy for them.

Bad kids, those who were intractable (uneducatable), were easy enough to deal with because they fit into a nice, neat category. Suppress them in class, and get them through school, so you can get rid of them. These were the ones who would never turn out well or do anything worthwhile as far as the educational system was concerned. Good kids, those who followed the rules and did well in class, were also easy to handle … bring them up front, use them as an example for the rest of the class and graduate them with honors. The good kids were the stars who would go onto good schools, continuing to get good grades, graduate with honors, get good jobs and continue satisfying the roles they had shown themselves so capable of adopting … roles that served both themselves and the greater good … along with “following the rules” and “fitting in” well to the system.

Kids who were like me in school, bright and capable students, who constitutionally were either unable or refused to follow the rules, were trouble all around … for teachers, for the administration, and often forour parents who also do not know how to handle us. Heck we were the children who did “horrible” things … like talking to other children, wanting to play more than learn when we were young, asking questions instead of mutely accepting the teacher’s pronouncements and worse of all … not sitting still on our chairs, behind our desks, quietly doing our work for six hours a day at six years old!

On the one hand we … the “horrible” children … seemed like we had something to offer and on the other hand, because we are not able or willing to conform, we seemed like we were going to continue to rock the boat and cause trouble. This created a conflicted message in an ongoing way, something like, “You have so much potential … if only you would learn to do what you are told … you could be something.”

What a message to give a kid, i.e.: “Unless you start accepting your place in the system just like everyone else you’ll be good for nothing.” … especially a bright one who can “hear” what is not being spoken!!!

This message is ancient, despite getting updated continuously. In the past it was installed in children’s psyches simply as matter of “follow the rules or get the rod” maybe best exemplified by the famous Protestant “Christian” parenting dictum, “Spare the rod and spoil the child.” … which was equally carried out by teachers in schools “in loco parentis” extensively, including the many horror stories I heard from friends in Catholic school about nuns, rulers and knuckles.

Today the message about “be the same and not different” gets installed far more subtly, far more deviously and unfortunately far more treacherously. At home, in schools and on sports teams young children are taught that “everyone is special.” At home everyone is treated like a prince or princess – and referred to by parents, grandparents and sometimes other family or family friends in that way as well, in school everyone gets the gold star, on sports teams everyone gets a trophy … effectively eliminating anyone who actually might be special or different in some way that would allow them to stand out.

In the interest of conformity, diversity and tolerance we’ve eliminated any chance for our young to be outstanding … cutting off the flower before the tall poppy in the field has chance to grow and disrupt the nice uniform structure of things … or god forbid, challenge the system and the status quo. Society has always chosen the preference for comfort and familiarity leading to mediocrity rather than encouraging the kind of peaceable, constructive dissent that leads to disruption, innovation and excellence … especially in our children.