This website or its third-party tools use cookies which are necessary to its functioning and required to improve your experience. By clicking the consent button, you agree to allow the site to use, collect and/or store cookies.
Please click the consent button to view this website.
I accept
Deny cookies Go Back
You are here: Home / JSR Short Bio & CV 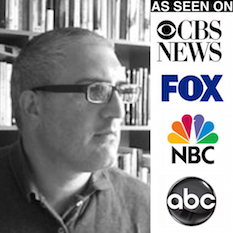 Dr. Joseph Riggio is a cognitive scientist with deep expertise in transformational communication, decision-making and non-ordinary cognition. He is the architect and designer of the MythoSelf® Process (formally the Mythogenic Self™ Process) and the Soma-Semantics® Model and an international figure in the professional NLP™ and hypnosis communities. Joseph is also a well known speaker and the writer on the topics of transformational change, leadership and elite performance, including authoring the books, “The State of Perfection,” “Experiencing The Hero’s Journey,” “Be Your Best” and  “Towards A Theory Of Transpersonal Decision-Making In Human Systems.”

Joseph is renown for the capacity of his insight into what motivates people to action, both personally and professionally, and his ability to organize the means to articulate the specific messages that will move these individuals to actually taking action. This may just as often be a conversation regarding the next step in an executive or professional career as it will be a plan to transform an entire organization to attain a new level of competence in meeting the demands of an ever-changing and often chaotic marketplace.

Joseph works as a transformational change artist, including his work with leaders and entire organizations in international business and professional circles. He also advises single individuals, small groups and teams of people. As a renowned change artist he develops elite performance strategies that align his clients toward moving forward with greater integrity, elegance and aplomb.

2013 – Enter Ashridge Business School Professional Doctorate Program in Organizational Change, Begin Studying Action Research And Designing a Generative Consulting Research Methodology In The Service Of Developing A Thesis On “The Ontology Of Change And The Exertion Of Power”

Upon entering Ashridge Business School in the UK early in 2013, the focus of my doctoral studies and subsequent client work became aimed at helping my clients become more strategic and flexible in their ability to respond to uncertainty and chaos in their lives and work, especially in regard to their ability to connect and collaborate effectively with others. What I’m finding is that the key to success is cybernetic control, i.e.: strategic communication performance mastery.

From 2005 to 2013 as I was working more and more closely with business owners, entrepreneurs, executives, professionals and other consultants, coaches and trainers I began to see how specific kinds of pre-existing beliefs became deeply intertwined and embedded in the knowledge, experience and expertise of my clients.

For most of the clients I worked with, as well as the individuals I began to access for my doctoral research, the default reflex to do what was most familiar and comfortable in their perception, decision making and behavioral responses almost impossible to escape … and, even when that well-honed reflex no longer served them. As I continued to notice this pattern it became evident that it was not limited to a specific individual or profession, but ranged widely across individuals in many countries with extremely varied cultural backgrounds and levels of experience regardless of the specific area of their expertise. I noticed the same pattern in business professionals, athletes, artists, entertainers, consultants, coaches, trainers, students and my private personal clients as well.

What began to stand out were the way the concepts of “trust” and “power” were also intertwined and entangled. This showed up in the way my clients responded to power in the presence of others and the way they were able or unable to exert their own personal power regardless of their position or the situation. They were more able to separate themselves from pre-existing beliefs and the pattern of responding in a default way were more able to notice what was currently present and emerging and adapt. These clients were able to create more of the results and outcomes they intended, both on their own and with others, quickly and with less effort.

2015 – 2018: Training Clients To Use An Emergent Decision-Making Model To Access Elite Performance States And Responses That Are Both Context And Expertise Independent, Strong Orientation Toward Building Deep Practical Resiliency And Resoucefullness

What I’m building to is a fully emergent model of strategic decision-making controlled through three levels of integrated and iterative communication performance mastery, personal, interpersonal and social … what I call cybernetic communication. Communicating in this way demands being self-aware, situationally aware and socially aware. The aim is to replace the unpredictable beyond the limits of absolute predictability with a sense of the unprecedented, i.e.: replacing cause and effect thinking and the action that follows it with creativity and strategically innovative responses. IMO this is the basis for all elite performance, i.e.: basing all your decision-making in an awareness that the unprecedented may in fact be what you are facing and “THIS” isn’t what you think it is, because by the time you get there it will already be something else and you need to be able to update instantaneously and deal with what is both present and emergent.

2018 … (Present Focus) –  Working with Clients and Colleagues On Establishing A Wholeform Aesthetic Model Of Attaining Personal Mastery That Emerges From Embodying A Fundamental Internal Alignment Existing Beyond Fear, Inhibition Or Hesitation Towards Simplicity In The Expression Of Elegant Creativity And Effortless Iterative Action

The basis of the work I am doing rests on working to reveal the innate characteristics of systemic, situational, embodied, transpersonal cognition. This means a cognitive model that takes into account a non-local, non-linear consideration of inputs that are distributed in space and time specific to the situation (and context) that is current in space and time, and as they are experienced by the individuals engaged in full-bodied response to them, not held uniquely by any individual but rather interactively between them.

I know that reads like more than a mouthful, yet without all those factors being considered in simultaneity the model wouldn’t/couldn’t be considered wholeform nor aesthetically organized. The shift to an aesthetic model in contrast to logical, rational, philosophical, psychological or analytical model demands and allows for a wholeform consideration where the scope of inputs that are present in distributed space and time are simultaneously available. Approaching personal mastery via an aesthetic model lets us take into account the entirety of the systemic considerations present via a relational model versus a reductionist model more typically applied by other modeling approaches.

An aesthetic approach and model gives us more more accesses to an individual emergent creativity and spontaneity in response along with real-time updating to changes in the system as they occur. This approach to modeling response also devalues specific goal-setting, expert knowledge, hoarding of resources and fixed hierarchical relationships, and raises the value of ad-hoc collaboration, shared resources, adaptability and fluid responsiveness to current signals in the system as they unfold.