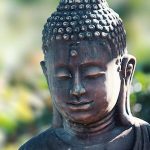 Today was that day … again

To an internally organized point of view … always looking out and seeing what is truly there.

It’s been an interesting week.

I almost want to say a difficult week.

Truth is it’s been a very average week.

Today though was that day, again.

It’s the kind of day when I almost lose track of why.

Why bother doing any of it, because truth be told, none of it really matters in the long haul.

The stars have been there long before I was as I know myself to be.

I’m quite certain that the stars will remain in the firmament long after I cease to be too.

So anything I do is at best transient, temporary.

I think the Buddha also realized this same thing …

All life is impermanent.

Years ago, specifically coming up on 34 years ago, more than half my lived life so far, I made a decision.

I will be great at this thing.

Funny part about that … when I made that commitment in an indelible way I didn’t know what “this thing” even was in actuality.

Turns out I was trying to answer a deeper question …

Although that question plagued me, I didn’t know what the “good enough” part even referred to in the moment I made that original pledge.

Somehow I just felt it.

I knew viscerally that what I was seeking was part of who I was at a level so deep, so buried within me, that it remain both invisible and inaccessible to me in the moment … except for that felt sense when I was in the presence of it.

I knew, without knowing how, that the answer to that question, “Am I good enough?” was contained in felt sense of self that I’d experienced already.

That felt sense of self was not accessible to me, and I had no way of representing it at the time other than as a visceral awareness … a sense of pure beingness.

The sense of beingness that I’m pointing to … the felt sense of self … was in fact a response to being in the presence of what “good enough” meant to me personally.

In the moment I experienced “IT” I knew that “IT” was what I had to do for the rest of my life … despite knowing I didn’t know what “IT” was at the time.

What I did know was that I was in the presence of someone who was doing “IT.”

I believed without exception that if someone else could do “IT” that it was learnable, maybe even repeatable, by me.

At first I associated the “IT” with the specific doing I experienced.

So, I pursued that specific doing.

I dedicated myself to learning “how to” do the thing I thought was “IT.”

I got good … remarkably good at doing the thing.

BUT that wasn’t “IT.”
I was closer, sometimes when I did the thing I could sense “IT” … almost as if it was going to happen.

The “IT” was that felt sense of self I had when I was in the presence of “IT” … and, it almost happened when I did the thing.

Almost, but no cigar.

In the process of becoming remarkably good at what I now do I keep brushing up against “IT.”

The doing I had access to was meticulous and precise, and I could get the outcome.

What the doing I had access to wasn’t though was poetic, beautiful.

I wanted poetry … beauty though.

In fact all I wanted was the poetry and beauty, because that’s when “IT” was present.

My work was extraordinary even then.

It was as I said meticulous and precise, but it lacked poetry, beauty.

It was disciplined, intellectual, based in cold rational logic and deep learning.

I could create outcomes that others only dreamed about … I had a great teacher.

My commitment to learning to do the thing had paid off.

My skills were (and remain) world-class.

Yet, my aim was slightly off …

I keep aiming for the bullseye, though even when I hit it I didn’t get “IT.”

There was a perpetual emptiness in getting everything I thought I ever wanted … success, money, even a degree of fame … and yet “IT” was missing.

I returned to the source, hoping to find the fountain of youth.

Of course I mean that metaphorically, because when I had “IT” … even for the flashes of time when it was present for me … time ceased to exist, I became eternal.

I instinctively knew the answer was inside of me, not outside with more of the trappings of success, because by then I’d done it all, and I had that outcome … but still I didn’t have “IT.”

I also knew in the same way that what I was doing was stilted, deformed in a particular way because I didn’t have “IT” even when I was doing the thing and getting acknowledged for the skill and competency I brought to doing the thing in the way I did.

So I stopped trying.

Literally, I gave up.

It was evident that the way I was going about things wasn’t going to answer the riddle.

Instead I went backward to before I could do the thing.

There was obviously something present that allowed me to presume I could do the thing, and believe that I could have “IT” as well.

I began finding hints of “IT” in books.
I started looking past the content to the form.

That’s when I discovered the idea of mythic form, the deep essential structure of being.

The form I was uncovered was physical, not mental.

Not in a new way of doing however, a way of being in the world, that was based in my body and how I was within it.

That shifted things for me I realized something essential, that “IT” wasn’t either a way of doing things, not even the thing I did, nor the results of doing things, including the success I’d achieved.

”IT” was how I expressed myself when I was “occupying myself” fully, naturally, without corruption of compromise.

So that became my thing … my “ONE TRICK.”

I began reworking how I did the thing I do to always stand in the space where I occupy myself fully, especially when I working with clients.

The only resolution to seeking “IT” is becoming and being “IT.”

Now about 90% of my work is about standing in the space of occupying myself fully, what others might call being true to myself, or being who I really am.

The other 10% is about the meticulous and precise skills I bring that allow me to do the thing I do so exquisitely.

That means the thing I do isn’t for everyone.

The thing I do isn’t for anyone who’s looking for the step-by-step way to do things that leaves them out of it.

The thing I do isn’t about becoming remarkably skillful in a way that leaves who you are behind.

The thing I do isn’t about creating success at the cost of losing who you are essentially.

When you operate this way you are always at ease.

You become as Werner Erhard said it, “At Cause.”

Instead of responding to the world as a puppet of stimulus response, you move the world by reason of the intention you hold.

Things that would impossible to or for others become effortless for you.

Most of all you realize you are who you have always been, who you are intending to become.

This is a foundational shift away from responding to external events and motivators.

It is a shift away from seeking external rewards that signal success.

It is a shift toward responding to the internal urge to express yourself fully.

It is a shift towards realizing the totality of the rewards of being who you are without exception.
This is power personified, and at the expense of no one else.

POWER’s just another name for Clarity, Confidence and Calm.

What I do leads to a deep sense of knowing the path you are walking on is yours and yours alone.

It leads beyond that to a deep felt sense of self where you know who you are, and allow yourself to be that and just that without compromise.

And, POWER manifests as a function of communication as a control system to organize yourself to take action in the world t create whatever outcomes you truly desire …

And, POWER is also the ability to walk away elegantly, with dignity and certainty when you recognize something as not for you.

However, this way of being in the world opens you up beyond being prosaic to becoming poetic …

You gain direct access to the aesthetic form where poetry and beauty arise naturally.

Your life becomes an expression of who you most are and know yourself to be, you allow others to experience that in your presence, and by dint of being, not only do you create what you most desire, but you give rise to poetry and beauty in all the things you do … in who you are.

As I said, this is not for everyone … but it is for anyone.

The choice remains yours …