Okay … the idea of the Venn Diagram isn’t mine, but the commentary around it is …

Let’s take a closer look together … shall we?

Most of the “Build Your Coaching Business Gurus” will point you towards what I’m calling out as the “Graves Six” position where you supposedly make money by pursuing your passion … e.g.: “Your Million Dollar Message” B.S.

BECAUSE there’s no guarantee that what you’re passionate about … or your message, life story, insights, calling, whatever … is going to resonate with what customers and clients are willing to pay handsomely for today.

Now if you notice most of these “Gurus” are following the path that most of the “OnLine Business/Marketing Gurus” will point you toward (and mostly follow themselves) … i.e.: the place where “What You’re Good At” and “What Clients Want and Will Pay Handsomely For” overlap. This is the Graves Five position on the diagram, and you can indeed make loads of money when you follow this path to riches.

In other words, the Graves Six “Do What You Love Gurus” seldom follow their own advice precisely, except when there’s a lucky accident and they are actually at the Graves Seven position (think Oprah Winfrey)

I point to this position in the middle of the diagram where all three circles overlap … (BTW this is where the money you can earn is for all intents and purposes unlimited), so it all comes together for them.

Just to complete the outer positions, 90% of folks who have businesses that are actually jobs are stuck in the Graves Four position, where “What You’re Good At” and “What You’re Passionate About” overlap. (NOTE: This is Michael Gerber of “The E-Myth” fame refers to as the technician’s entrepreneurial spasm.)

YOU HAVE TO DECIDE EXACTLY “WHY” YOU WANT TO RUN A COACHING/CONSULTING/TRAINING BUSINESS!!!

Or, what you get from it will not necessarily be what you want or expect.

What To Do About It …

(If You Really Want To Build A High-Ticket Practice)

A great majority of folks who are good at what they do, but they ain’t making no money, are operating at a Graves Four position on this diagram. Simple and kind of stupid (I’ll explain why later on, give me a minute to get there …)

Most folks who are willing to do what it takes, are at a Graves Five position on the diagram, and are building businesses that make money, sometimes “tons of moolah,” but they aren’t necessarily that happiest folks on the planet (in fact they are often the most anxious folks on the planet, always waiting for the house of cards they built to implode).

When you leap to the Graves Six position you find that there’s a whole spectrum of success, from what is utter financial failure to super financial success and independent wealth. Yet, these folks are living in a dream expecting to live “the dream,” i.e.: doing well by doing good, regardless of the fact the reality is that most of the time they are more interested in what they want to do for themselves than helping out the world as a form of service or sacrifice.

Now that ain’t saying that folks who are operating out of the Graves Six Value Set aren’t doing good work, it’s just that the reality is that most of the time that decision is based on what NLPers (folks trained in neurolinguistic programming, or NLP) call “Sorting By Self” and “Internal Reference.” In other words they decide what’s most “right” by their own internal measure and not necessarily what would in fact most serve the world-at-large.

For example a whole lot of these folks drive expensive SUVs and many drive expensive sports cars, that ain’t doing a whole lot for the planet they claim to love, or being particularly respectful of the percentage of resources they use compared to the least privileged folks on the planet. And those in the coaching/consulting industry don’t stay local/buy local/work local either, because they are getting on planes to go to the conventions where their “tribe” meets up and when they’re not flying to meet their “tribe” they’re looking to hook up with some tribe in Fiji or Patagonia or the Himalayas “on holiday.”

Once again, I’m NOT condemning these folks … good on the if they’ve found a way to satisfy their deepest desires and making the dosh they need to pursue them fully. BUT, as I said this is as much a lucky coincidence as it is strategic planning, and even then this is NOT the path to sainthood regardless of how many Salutations to the Sun you’ve done, or how many hours you’ve spent meditating mindfully, or even if you’ve spent two years of your youth in the Peace Corps.

The main point for anyone who’s trying to build a High-Ticket Coaching or Consulting Practice is to get that if you want to be on the path to success that IS strategic, then you’ve really got to look at WHY you want this and how you expect to pull it off in the real world where no one cares about your intention …

That’s right NO ONE CARES ABOUT YOUR INTENTION!

ALL FOLKS CARE ABOUT ARE WHAT THEY WANT AND HOW YOUR ACTIONS HELP THEM GET THAT OR NOT!

(NOTE: There is an exception to this as well … when folks believe and expect that you will help them get what they want, even when that doesn’t turn out to be true after the fact.)

So think about it … WHY DO YOU WANT TO BUILD A HIGH-TICKET COACHING OR CONSULTING PRACTICE???

In other words answer these two question for yourself:

1. What do you expect to get from building a high-ticket coaching or consulting practice?

Now going back a step …

FIRST … you MUST satisfy the intention to serve your clients based on “What Your Clients Want and Will Pay You Handsomely For” … if you’re NOT starting here you are NOT operating strategically with regard to building a High-Ticket Practice.

AND … you MUST satisfy the intention to serve “What You’re Passionate About” as well.

Now, that may sound like I just recommended that you follow the Graves Six pathway to success, and that’s ALMOST correct, but as they say in the infomercial world … “WAIT THERE’S MORE!”

REMEMBER … there’s absolutely NO GUARANTEE that “What You’re Passionate About” and “What Your Client’s Want and Will Pay You Handsomely For” are aligned or will come together … if those two things aren’t also “What You’re Good At” too.

Because typically High-Ticket Clients almost always go to someone who is an expert, who does the best quality work, for what they want and expect to pay handsomely for as well. In other words, they seek out folks who are good at what they do as their primary criteria (even when they get it wrong because someone has created a reputation built on sand … probably a savvy Six BTW).

For BOTH YOU AND YOUR CLIENTS to be deeply satisfied you need to be in the Graves Five zone for them … AND the Graves Six zone for you!

And, in the world of this model Five and Six equal Seven when it comes to building a High-Ticket Coaching or Consulting Practice that satisfy BOTH YOU AND YOUR CLIENTS!

Simply put STOP PAYING ATTENTION TO THE MAGICAL THINKING WORLD OF THE GET RICH QUICK BY DOING WHAT YOU LOVE Gurus!!!

While there’s nothing wrong with doing what you love … HECK I RECOMMEND IT … BUT, DO IT BY MOVING TO “SEVEN” AND HAVE IT ALL BY SATISFYING ALL THE FOLKS IN THE EQUATION … you just aren’t going to have the chance to work with the High-Ticket clients you want, or to strategically satisfy your desire to make more money … or get filthy, stinking rich for that matter … if you don’t move out of the position your in to a position where you really do satisfy all the people in the equation BASED ON THIER CRITERIA AND NOT YOUR ALONE.

As the wise men say, there are many paths to the top of mountain, but whether you get up there broken and defeated barely having survived, happily trekking with a merry band of sherpas and stopping for a week in basecamp before you turn around and head down never having seen the peak, or travel all the way in a luxury helicopter is up to you.

If you want you can indeed have it … and, knowing “WHO” you are, is at least as important as “WHAT” to do and “HOW” to do it.

So if your “guru” isn’t starting by putting you at the center of it all then at least remember this wise saying, CAVEAT EMPTOR (“buyer beware”)

P.P.S. – If you’d like to move to “SEVEN” start by getting a little more clarity on your current identity and values in regard to your business, I can talk and walk you through where you are on the diagram today and help you make the move to the center of yourself in about 15 minutes . If you’re like to purse it you can schedule a call by clicking on this link: Get Some Clarity w/Joseph 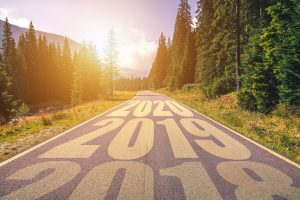 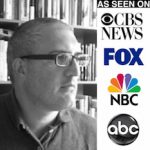 Dr. Joseph Riggio is a cognitive scientist and a Society of NLP Master Trainer, Master Consulting Hypnotist, IBLEC Fellow, and the Architect and Designer of the MythoSelf Process and SomaSemantics models of transformational change. For almost three decades Joseph has been focused on helping individuals and organizations achieve breakthrough performances and create truly extraordinary outcomes. He is the author of a number of books including The State of Perfection and Experiencing the Hero's Journey. [Read More About Joseph And His Work Here ...]