This website or its third-party tools use cookies which are necessary to its functioning and required to improve your experience. By clicking the consent button, you agree to allow the site to use, collect and/or store cookies.
Please click the consent button to view this website.
I accept
Deny cookies Go Back
You are here: Home / Blog / Thinking Small 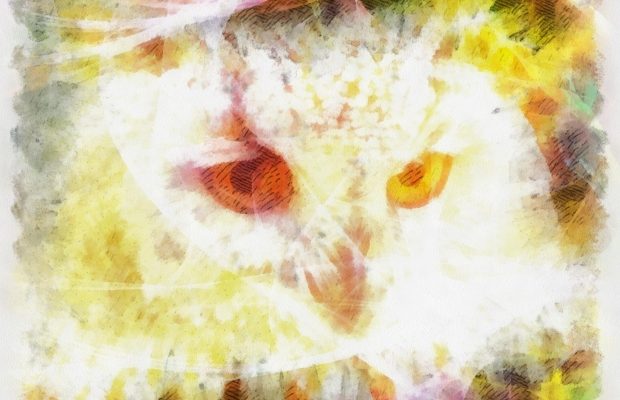 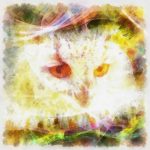 “I bury the bone so deep that the dogs have to scratch for it.”*

I admit it, I’ve always had a hard time thinking small. Some folks are great at it though. They use small words and a just a few of them to express magnificent and expansive ideas. Not me.

I tend to be wordy. My sentences run on … and, sometimes on. And, if there’s not a big word to express what I’m thinking and trying to say, I just make one up on the fly. I’m like that. I think that “free speech” means what it says, and I should be free to speak even that which hasn’t existed before I spake it.

In fact that’s the heart of the matter. As fish swim in water, we, i.e.: humans, homo sapiens sapiens, swim in language. Words. And, more words. Life is filled with wordiness for humans.

The words aren’t the thing they point to at all. The word “love” isn’t “love” any more than it’s a fish. But, that doesn’t mean that words aren’t powerful, they are indeed. Words bring worlds into being.

G. Spencer Brown, in his book, ”Laws of Form” speaks of universes coming into being when “… a space is severed or taken apart.”

The theme of this book is that a universe comes into being when a space is severed or taken apart. The skin of a living organism cuts off an outside from an inside. So does the circumference of a circle in a plane. By tracing the way we represent such a severance, we can begin to reconstruct, with an accuracy and coverage that appear almost uncanny, the basic forms underlying linguistic, mathematical, physical, and biological science, and can begin to see how the familiar laws of our own experience follow inexorably from the original act of severance. The act is itself already remembered, even if unconsciously, as our first attempt to distinguish different things in a world where, in the first place, the boundaries can be drawn anywhere we please. (page v)

Now, imagine if you will, that language severs the wholeform of reality by imagining it’s “parts” as independent and distinguishable by virtue of the idea that they can be labeled, i.e.: named, bringing into being a new universe each time a new word, specifically a noun, is uttered or written, contained within the universe that remains unnamed and residing next to all the universes that have been named, including all those things named, and labeled by the names given them, which don’t exist.

Which brings us to the point of my rambling.

For many years I’ve striven to present what I do as simply and naively as possible. Alas, as I’ve said though, I am not a man of small thinking, or for that matter small words.

I believe my fault lies in thinking in wholeform, i.e.: I have trouble perceiving the boundaries that sever spaces into separate universes. This leads to expansiveness in all ways, including the wordiness of which I am at fault. For what it’s worth I think the British polymath I’ve quoted above, G. Spencer Brown got this idea stuck in his head (or at least his writing) too, despite his writing about the opposite.

”In this sense, in respect to its own information, the universe must expand to escape the telescopes through which we, who are it, are trying to capture it, which is us.” – G. Spencer Brown, Laws of Form

Okay, back to the main point or as Professor Rodríguez from my first doctoral program was found of saying, “Keep the main thing, the main thing!”

As simply put as I can put it, what I do is lead people back to a wholeform consideration of the universe to help them get their heads right.

Literally for years I’ve been trying to simplify what I do, in terms of form, i.e.: how I do what I do … or the pragmatics of it. This led me down many paths and alleys.

As a result of this journeying I’ve developed many programs, and mini-programs, and models, and techniques … all in the service of this one thing, looking for the holy grail of transformational change, the philosopher’s stone or alchemist’s prima materia of the Change Artist.

(AUTHOR’S NOTE: For what it’s worth I think I may have stumbled upon it, but as Lao-Tau says in the Tao Te Ching,

Tao (The Way) that can be spoken of is not the Constant Tao’ The name that can be named is not a Constant Name.

Nameless, is the origin of Heaven and Earth;

The named is the Mother of all things.

These two come paired from the same origin. But when the essence is manifested, It has a different name.

This same origin is called “The Profound Mystery.”

As profound the mystery as It can be, It is the Gate to the essence of all life.

However, as a result, I’ve become as the ouroboros, swallowing whole the circle of infinity, and realizing in the process neither an end or a beginning. And, so I come back to the start of all things.

The beginning and the end are the wholeform, from which all separate universes are cleaved, but despite the severing remain whole nonetheless.

This was always the essence of the MythoSelf Process model and work.

BUT … to do this, as the sacred work I perceive it to be, i.e. leading a person back to themselves uncorrupted and complete, requires losing all other intentions or distortions along the way.

There can be no intention beyond arriving at the wholeform, having removed all the distinctions that create separate universes, and in turn separating ourselves from ourself.

The MythoSelf Process work was never “about” something other than itself, i.e.: encountering the wholeform that is the *all and everything.

So my apologies for any suggesting otherwise. In other words that I may have misled you to think this was “about” something, e.g.: being happy, or getting wealthy, or having great relationships, or any other damn thing beyond the main thing, which of course is everything.

But, for whatever it’s worth, I’m back at the core of the work, but with a vengeance, having spent far to much time searching in vain for what it was not.

I guess I said it long ago, but had not the ears to hear myself …

With a few folks who have stuck around and become trainers and master trainers of the work, as well as some folks who are otherwise masterful in their own ways within the scope of the work, I will be offering both “MythoSelf Experience” 3-day programs and a full year-long MythoSelf Professional Training presented over three four-day modules in a few places in the upcoming months.

If you’d like to get on my list about these opportunities either drop me a note in the comments below, send me an email at joseph-AT-josephriggio.com, or PM me on Facebook (https://www.facebook.com/josephriggio) if you prefer.

P.S. – In the meantime if you’d like to experience the MythoSelf work with me directly in a small group setting I’m offering a “Foolish Wisdom” workshop this month in Lambertville, NJ, you can find the information here: